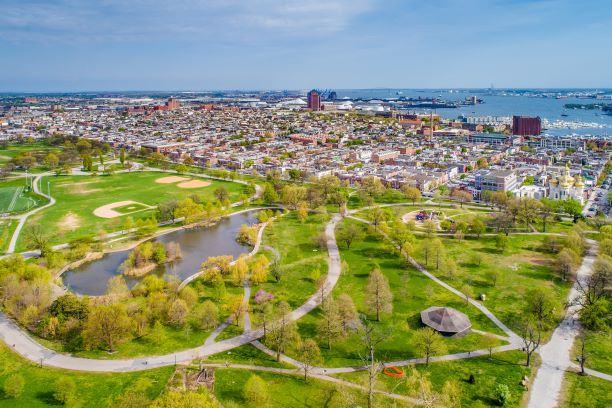 What’s in a Name: William Patterson was an Irish Immigrant who had a very busy life all things considered. He was a gun runner during the American Revolution. He founded the Baltimore and Ohio Railroad, America’s oldest railroad company.  He was one of the founders of the Canton Company, most famous for creating and producing the Tom Thumb locomotives. This made him extremely wealthy (during his lifetime he was the second richest man in Maryland). When he died he left five acres of land to the city of Baltimore, land that would become the park and the surrounding areas.

Battlefield:  When discussing the Battle of Baltimore it’s easy to focus on the rockets red glare over Fort McHenry, but it’s important to remember there was a land battle as well. American forces wreaked havoc on the approaching British Army at the Battle of North Point, before retreating towards Hampstead Hill in Patterson Park. On a redoubt called Rodger’s Bastion, the British spotted 100 cannons and tens of thousands of American soldiers. The defense of Fort McHenry meant the British could not bring guns to bear on the Bastion, and the Royal Navy retreated. 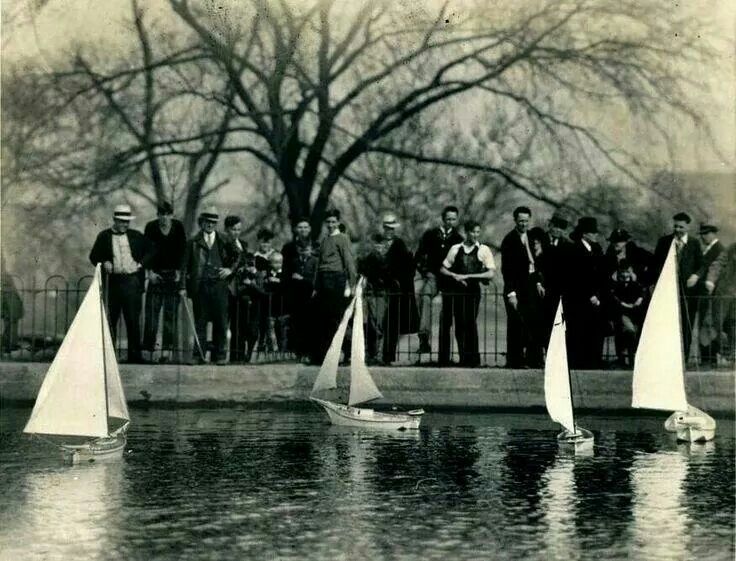 Famous Names: Peter Angelos, the owner of the Baltimore Orioles, attended Patterson Park High School, a generation before Orioles radio play by play announcer Fred Manfra attended the school. The Late Baltimore actor Robert F. Chew, who appeared in shows like Homicide, the Corner, and most famously, The Wire (In which he played Proposition Joe), also attended Patterson Park High. 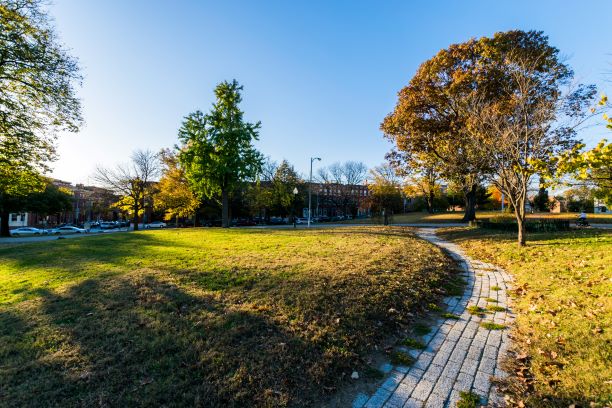 Odds and Ends: A recent archaeological dig uncovered 14 pieces of flaked stone used for toolmaking, and one finished arrowhead, thought to be long to the Piscataway Tribe, and dating back to 1000 B.C. During the Civil War, Patterson Park was converted back into a fort, then a Military Hospital. After the war the park was left in ruins. George Franklin was hired to renovate the park guided by Victorian tastes. This eventually lead to the creation of... 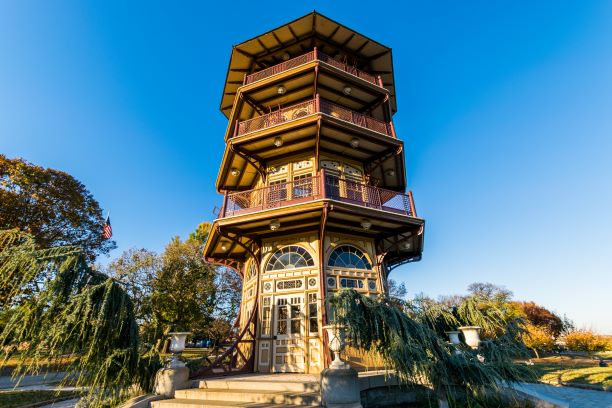 The Pagoda: Designed by park Superintendent Charles LaTrobe the Pagoda is the Park’s most famous landmark. A combination of Asian influence and Victorian era design, the Pagoda allowed visitors to get a birds eye view of the city of Baltimore in the late 19th century. Like other ancient objects, the Pagoda fell into disuse and was almost paved over by the city until a renovation project after it’s 100th birthday restored it to its former glory.

You might also want to take a gander at 312 S. Regester Street, a fifteen minute walk from Patterson Park!

Staffordshire Property Management is committed to providing comprehensive and personalized property management solutions for investors and owners of real estate in the greater Baltimore metropolitan region.

That's the Staffordshire Difference. For more information on this and other properties, please visit our Website, or e-mail us at info@staffordshirerealty.com